Check it out Caleb catches his 1st fish. A 15 inch trout with his spiderman fishing pole!

David is 7 years old - the second youngest kid in his class.

I was amazed to hear from his teacher that his homework last week was to read a 5 page typed informative booklet on jellyfish. Use 10 post its to write down the 10 most interesting facts in the booklet, organize the facts into groups, write a hook statement, use the 10 facts to write the body of a speech, then write an ending.

Boy, some things the school is way behind on and some things I sit and think - "I don't think I did that in the second grade!"

Well David did really well - scoring a 44 out of 50 total points for delivery of speech, eye contact, enthusiasm, information, and volume control categories. He got one comment from the teacher saying:" You're a natural!"

I don't think he will have the #1 fear of people: Public speaking

Not that I every doubted it, but the kid is going to be a professor, politician or a preacher. He even shakes your hand with confidence. You should see him when the pastor tells the congregation to go greet someone. The kid works his way thru the pews shakin' hands like he owns the place.

A big day for Caleb

We were preparing for our AWANA club Cubbie class and reviewing his verse: "I go to prepare a place for you..." which begins yet another conversation about heaven and what it will be like. We go over a few verses in Revelation that highlight that there will be no more crying or pain in heaven (2 things Caleb can really relate to at this stage of his life). After some time he turns to me and says he wants to "go to heaven too!"

You know that AWANA curriculum is just really some of the best stuff out there for kids to hide Gods word in their hearts. I tell you for this whole year we have been tilling the seeds of God's word into Caleb's heart thru that Cubbie book. Thank you to you faithful AWANA leaders!

Caleb prayed a prayer of repentance ( he admitted to, and said he was sorry for, stealing some Cheerios earlier in the day) but he said thank you to Jesus for taking his punishment on the cross, and he asked Jesus to be his boss and come into his heart. Funny how easy it is to understand when you are 3. In this house you right well know what sin is, what punishment is and who the boss is. So not too hard for Caleb to figure out.

How about you? What will you do with this Jesus?
Posted by my3sons at 9:54 PM

Sunday we went to Legoland in Chicago and topped off the adventure with dinner at the Rainforest cafe.
What a great day!

We left right from Church. I fed the kids a packed lunch in the van as we took off. I told them: "Don't drink all your juice right away - because we are going to be driving for 2 hours to get to Legoland, and mom doesn't want to stop a hundred times on the way down to pee."

Everyone nods their heads because their mouths are stuffed with goodies.

About 5 minutes goes by and Nathan is already sleeping and the van is quiet. Caleb says:" Mom will we go to jail if we have to stop to pee?"

"Of course not" I say in response feeling bad that I OBVIOUSLY overstated the juice comment.

To which he replies: "Well what's the problem then?" Classic Caleb.

So we get to Legoland and have a great time seeing all the cool displays and stuff - Caleb gets selected to be the volunteer in the lego factory and I have a short clip of it for you.

Later we went to the rainforest cafe and had to use the bathroom. The directions I was given on how to get to the bathroom were: "You go thru the fish tank until you get to the cougar, then take a left under the rainbow. "
That will give you an idea how cool this place was. Our table was right up against the HUGE fish tank - and to top it all off we had the desert that was called the volcano.(Brownies piled over vanilla ice cream, whipped cream, chocolate sauce and a lit sparkler. All the while they YELL: VOLCANO!!!!!! as they bring it to your table. Plus Nathan got to partake too because little by little we are letting him try food that has egg baked in.

Driving home I asked the older boys what was their favorite part of the day. Both of them said "ALL OF IT!!!!" 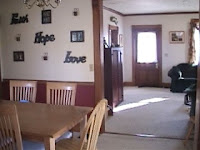 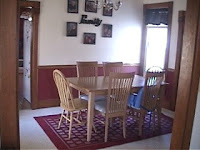