I am so proud of David. He competed in his first graded guitar competition.  He performed 2 songs: Adrian and Graduation.

He recieved these remarks from the judge :"Awesome! You have some good confidence when you play. Great Job!"

He received the highest score possible and was graded superior.

His daily practice really paid off. He wasn't even nervous. I remember doing solo ensemble as a girl and I was always freakin' out. David was cool as a cucumber.

He noticed many other participants trying to cram for their performance time.  He commented to me: "Hey, if they aren't ready by now one last run thru isn't going to help much." Ahhh, now all he needs is to realize that the same  concept applies to most responsibilities in life.

So proud of him, not just because he got a top score, but because he really has great character inside.  He makes his momma proud. 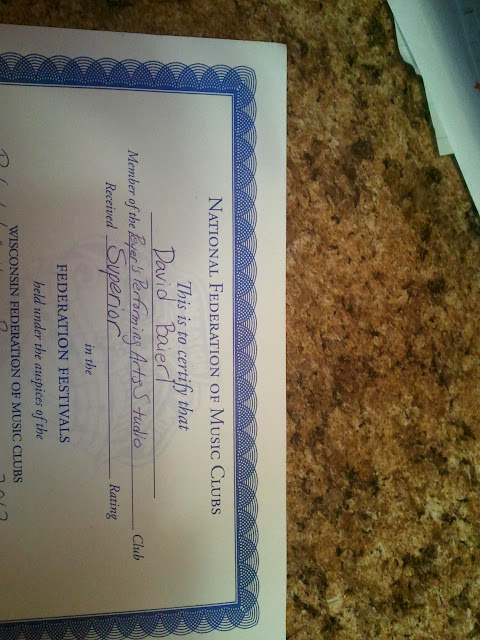 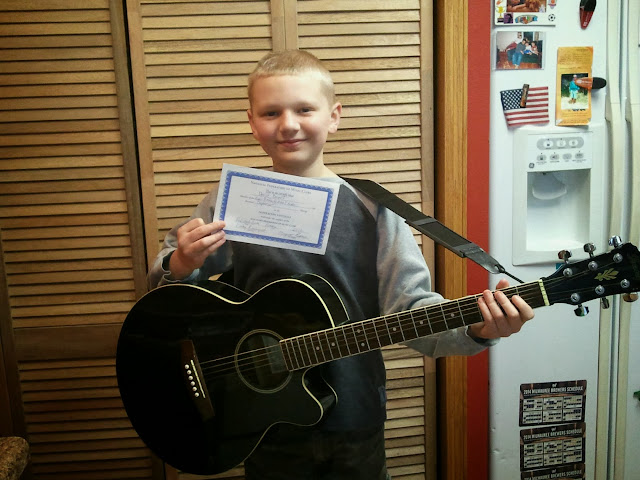